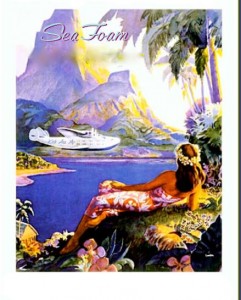 Seafoam will be bringing their “heavy surf” sound to the Attleboro Farmers Market. Guitarist and Attleboro native Chris Fitzpatrick formed Seafoam in 2009, along with bassist John Harper and drummer Jim Weston, together with Fitzpartick’s love of classic surf music (think Dick Dale and the Ventures) play a more modern surf guitar sound (a nod to psychedelic instrumental-surf sounds of The Mermen) along with The Who and maybe some Hendrix.

At a Seafoam show, you’ll hear many recognizable tunes that evoke the feeling of summer and surf, with just a twist of grittier deeper-water soul.